Limited availability for exhibitor registrations and will be first-come, first-serve basis.

Housing
A housing package is available at Camp Io-Dis-E-Ca for an additional $28 which includes breakfast. Rooms have been reserved at a nearby hotel for $70, but reservations must be made by April 19 in order to secure the $70 rate. 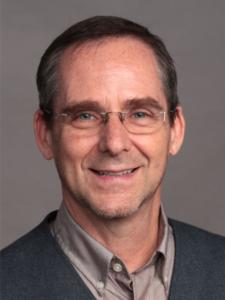 The Spring Conference will be held at Camp Io-Dis-E-Ca over May 3-4.

Marrs was called to the faculty of Concordia Seminary in the fall of 2006. He previously served as the dean of faculty (2010–13) and director of Continuing Education and Parish Services (2007–09). Marrs received certification for pastoral ministry through the Seminary’s RAR Program and earned his Master of Divinity (M.Div.) both from Concordia Seminary (2001, 2008). He also holds an Associate of Arts (A.A.) from St. John’s College (1978); a Bachelor of Arts (B.A.) from Concordia College, River Forest, Ill. (now Concordia University Chicago) (1980); a Master of Science (M.S.) in counseling from the University of Kansas in Lawrence, Kan. (1985); and a Doctor of Philosophy (Ph.D.) in counseling psychology from Loyola University Chicago in Chicago, Ill. (1994). His areas of interest and expertise include pastoral care and counseling, Christian counseling and Christian reconciliation. Before coming to the Seminary, he served at Immanuel Lutheran Church in Junction City, Kan. (2000–06), first as a vicar and then as a pastor.